My Days With James

James and I spent Monday morning at the Arboretum. I was inspired by the gorgeous photos a friend posted of her daughter over the weekend. I take tons of pictures of James, but most of the time I just use my phone. It was time to take some nice pictures. So, feeling very optimistic, we headed off to ‘Dallas Blooms’ and beautiful fields of tulips.

I know from past experience that this isn’t an easy task. James is a runner. Not just because he’s learned how to run. He’s a runner because if he sees an open space of any kind he bolts. But again, I was feeling optimistic. He’s cute, he smiles all the time, he’s wearing a vest, how hard could it be to capture a few good photos?

This was our setting. Beautiful. And the weather was perfect. 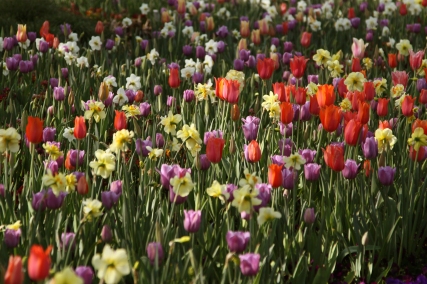 The tulips were breathtaking.

Every direction you looked were beautiful backdrops for photos.

And this is what I saw.

I must have hundreds of photos of the back of James’ head.

I tried to anticipate his moves and run ahead of him, only to have him change his pattern and go in a different direction.

If only he would look up for just a second…

Most of the morning was spent just trying to keep up with him. 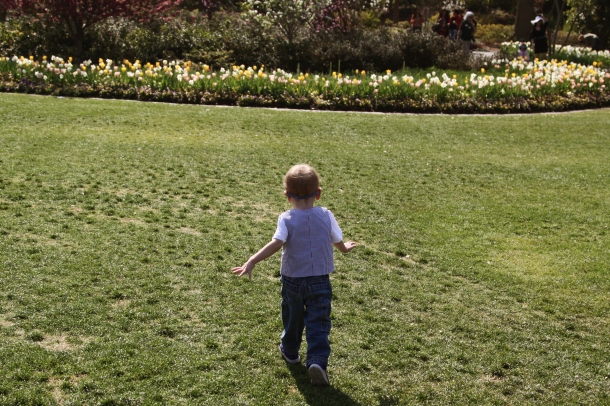 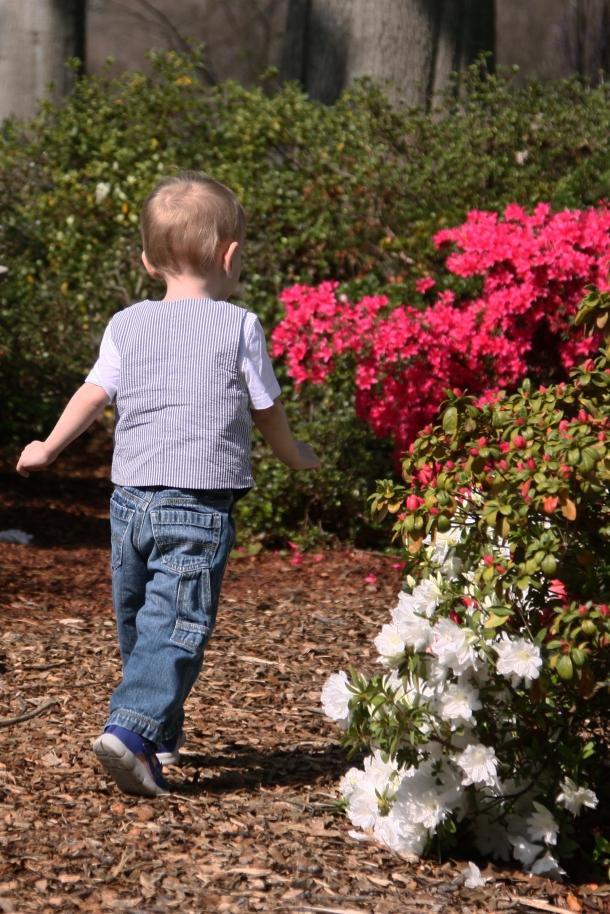 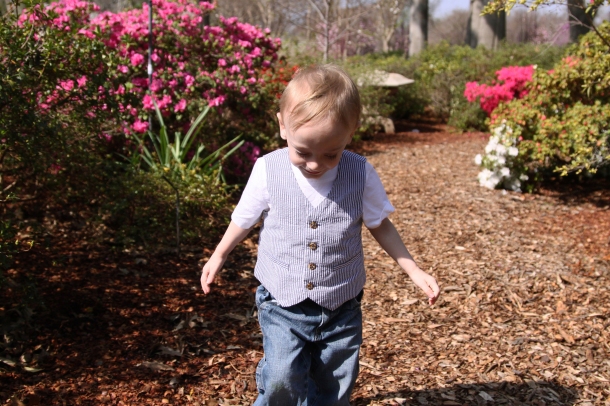 And then there’s the ground and all the fascinating things to explore there.

It must have been funny to watch, because at one point a complete stranger asked if he could help me. 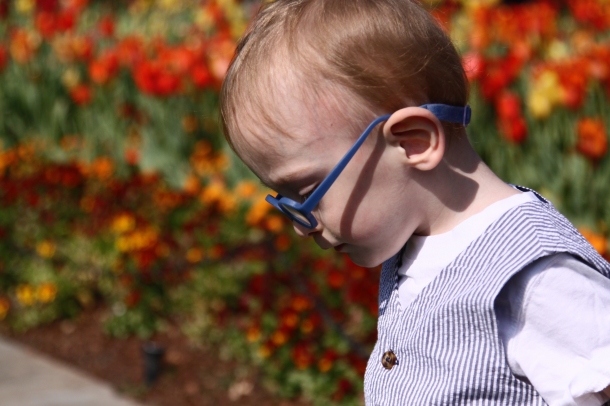 I hope the moms I saw appreciate that their children walk beside them, sit or stand for a few seconds in one spot, and look when their name is called. (I witnessed this over and over!) I hope they appreciate their perfectly posed photos with smiling children. I’m slightly envious of them, but I love my pictures of James. Even though they’re all backs and profiles, this is James. This is who he is right now. My perfect little munchkin who I get to chase around. Something to be thankful for in itself. He’s my explorer. My little runner. And I wouldn’t change a thing.