A little quicker than we anticipated, James is completely off Keppra, and wow, what a difference. We expected it would take a little time to see a change in him while the medicine is fully flushed from his body, but the change has been rapid. Rapid, and so, so good!! James is still a four year old with strong opinions about some things. A few tantrums here and there come with the territory. We can handle those. And I wouldn’t even call them tantrums. They are so mild compared to what we witnessed over the past few weeks. So thankful we pursued a change in meds, our little boy is back!

He’s playful and excited and has lots of smiles again. He’s content with most any activity. And he wants to interact and have our attention. He still screams for us more than I’d like, but some of the time, instead of screaming, he’s using words and gestures. Last night he took my hand and said “room” when he wanted to play in his room. He is saying things like “baseball” and “play soccer.” The sweetest of all was when I said, “I love you.” He smiled and responded right back, saying, “I love you.” Ok, maybe it was an echo, but a couple of weeks ago there wasn’t even an echo. 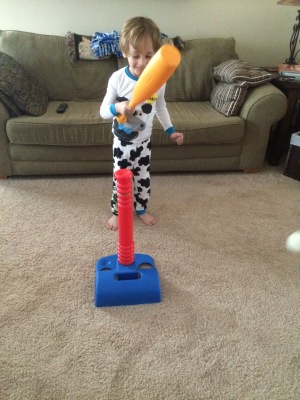 His attention span has already improved as well. He can sit and read books again and loves his “school-work” time with Grandma. He can even enjoy an episode of Mickey Mouse again. Granted, that’s not at the top of list of goals, but it is so good to see him smiling and laughing at Mickey. One of those things that isn’t a big deal to most, but definitely gets our attention. 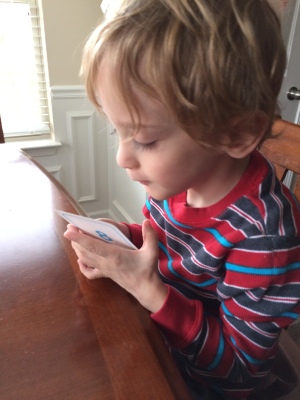 When we met with the neurologist last month, he wasn’t very encouraging about seeing improvements in James’ behavior off of Keppra. He suspected that James was getting older, was a little clearer in thought from being seizure free, and was expressing frustrations that come (mostly) from communication delays. He told us to give it a try, and if we didn’t see the changes we were hoping for, he would help us deal with the behavior. I could not be more excited that he was off the mark with this. Not only because I’m thankful we’ve got our little guy back, but because this is the same doctor who suspects that as James gets older his delays will increase. He expects James will have severe delays and life-long care needs. Ok. We asked and we were told his opinion. We will take whatever comes our way and handle it with a thankful heart. But he doesn’t know James like we do. He doesn’t know this amazing little boy and all that he is capable of. He was wrong about the meds, and maybe he’ll be wrong about this, too.

4 thoughts on “Wrong Once, Good, Maybe You’ll Be Wrong Twice”

Writer. But my kids say that all I do is "type."