Been too long since I’ve taken the time to sit and write a little. And I can tell because as hectic as life has been, it feels ten times that hectic in my head. This time when I sit and think, process the day, it helps much more than I realized. It’s my only therapy, and wow, do I need it right now.

So, it’s time for a little update. 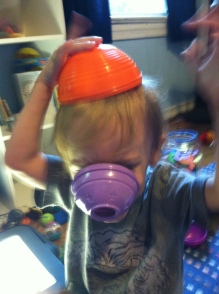 James has had his feeding tube for three weeks. Definitely not sold on it yet. No regrets, just a time of adjustment I think. There are a few things I wish I knew before his surgery. Things such as:  just because he has a feeding tube doesn’t mean it will be easy to feed him, he won’t like it – this I kind of assumed before hand, but it makes me so sad to see him whimper when I come near him with a Q-tip to clean his tube, just because he has a feeding tube doesn’t mean anyone will tell you how much to feed him, you will have a million questions because it will look awful as it heals, his body will attempt to close the hole by growing extra skin for months, and, you will not recognize your child because his behavior will be completely out of control – completely feeding tube related? Not sure, but wow, we have reached new levels of behavior issues.

Definitely some adjusting still to do, but we’ll get there.  Feeling much more confident after meeting with a registered dietician/nutrition counselor today. She evaluated James and created a feeding plan for us. I finally have what I thought I would leave the hospital with – exactly what he needs to receive every day through his tube. At least we’re heading in the right direction now. 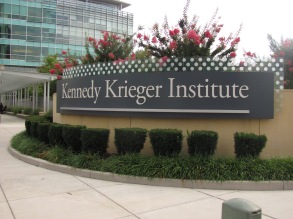 Feeding therapy at Kennedy Krieger is just around the corner. I am confident it will be exactly what he needs, but I have second and third and fourth guessed this decision since they scheduled his admission. I am not excited to be across the country and away from my family and friends for eight weeks. I really wish there was another way, but every discussion we’ve had has led us back to this being the best option for James, and likely our only opportunity to do it. Can’t say no to that. We’ll find out if we made the right decision pretty quickly as his admission is Monday!

Feeding and behavior aside, James is doing fantastic! He’s growing leaps and bounds in his communication and cognitive skills. Still can’t really say he’s talking, but he’s getting a lot closer. He uses a few words and he tries to repeat lots of words and sounds. He’s mastered little things like matching pictures and colors. James likes to hear the alphabet and the letters in his name, and he tries to count to three with us. Not big stuff to many, but huge to us! Slow and steady progress, I’ll definitely take it!

So next week begins a new chapter. My goal is to do a short recap every day of our experiences in Baltimore. I know other families are struggling with the same decisions we’ve been struggling with, and maybe this will help. More information is always better in my opinion.  If you have any specific questions about The Kennedy Krieger Institute feel free to send me a message and I’ll do my best to answer them, or I’ll put you in touch with the people who have helped me.

Here’s to another new beginning!

4 thoughts on “James and His Tube, A Little Update”